The Historic Preservation Association of Coral Gables is a 501(c)(3) non-profit organization founded in 1991. The mission of the organization is to promote the understanding and importance of historic resources and their preservation. Promoting, protecting, and preserving historic landmarks is HPACG’s purpose. The organization works to focus attention and support of local historic treasures such as the De Soto Fountain, the Granada Boulevard entrances, the Coral Way-Granada fountains, the Country Club Prado entrance and other City landmarks. HPACG has financially contributed to restoration and education causes such as the Save the Alhambra Water Tower Campaign and Coral Gables Museum’s historic walking tours. Membership helps support our work and creates a community that values our history.

I have given my life to the development of a city and to the working out of an ideal.

What is local historic designation?

Local historic designation is a process that requires a public hearing at which properties significant to the community are nominated to the Coral Gables Register of Historic Places.

What are some of the benefits of local historic designation?

The City encourages historic preservation in order to strengthen the economy of the city by enhancing property values in historic areas. Local tax incentives may be applied for improvements and, if approved, provide a ten-year freeze on the value of those improvements made to local historic properties.

Will historic designation prevent me from making repairs or changes to my home?

Changes to a historic home are allowed, and are judged for their compatibility with the existing architecture. For example, an addition may be approved if it is located on a secondary façade or does not appreciably change the character of the existing architecture. Changes to a locally designated property must also comply with the Secretary of the Interior’s Standards for Rehabilitation.

For more information about the designation process or about what changes can be made to a designated property in the City, contact the City of Coral Gables
Historical Resources Department at 305.460.5093.

Currently, the Historic Preservation Association of Coral Gables is working with City of Coral Gables officials to bring attention to the condition and need for preservation of the nearly 70 remaining historic street lights known as “White Way Lights” in and around the Riviera Section. Most of the lights, designed in 1926 by Phineas Paist, as supervising architect, and Denman Fink—who was named “Artistic Advisor” to the City by George Merrick— are located along University Drive from Granada Boulevard past Ponce de Leon and along Riviera Drive from Granada to University Drive. The design of the lamp bases represent the Four Seasons/Ages theme and depict labor, architecture, horticulture, and art. The same theme is reflected on other City landmarks such as the City Hall dome murals and the relief sculptures on the De Soto Fountain. The “White Way Lights” were designated as a City Historic Landmark Site in 1981 and included on the City Historic Landmark Inventory.

Want to see and hear more about us? Click below. 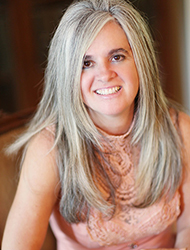 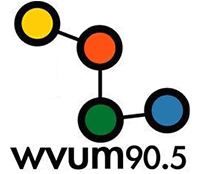