The Historic Preservation Association of Coral Gables kicked off the new year with another unique event as part of its destination series titled “Palm Island and the Capone next door: 100 Years since Prohibition”. The affair combined sister-properties on Palm Island— one of Miami Beach’s most luxurious man-made islands was created in 1919 by developer Locke Highleyman. The fundraiser benefitted historic resources and their preservation. 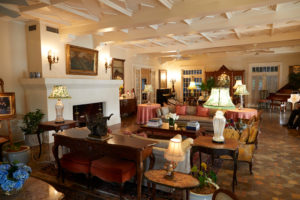 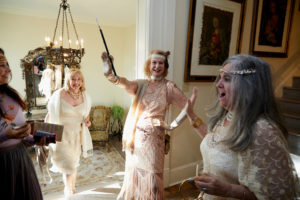 The 1920s sister-properties at 142 and 93 Palm Island were built for Clarence M. Busch by architect W.F. Brown. Clarence was a successful Realtor who helped develop the Palm and Hibiscus Islands. Two of his homes remain and are valued for their architectural beauty and historical significance. The two estates helped establish Miami Beach as an American leisure destination.
Preservation aficionados had the unique opportunity to privately tour both mansions built during the heyday of Prohibition, bootlegging, and speakeasies. 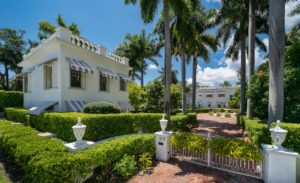 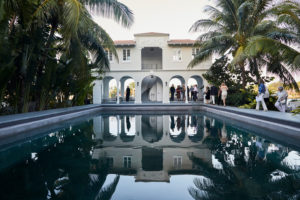 Nora Walz, real estate associate of Palmare Private Brokerage, hosted guests at 142 Palm Island. The property is a rare classic Mediterranean villa with a society pedigree and one of the few remaining old Miami mansions on the island. The residence features a stunning grand salon opening onto a covered Bayfront terrace. It has a wood-burning fireplace and coffered ceiling. The dining room décor is exquisite. It is adorned with bespoke, hand-painted chinoiserie wallpaper panels by de Gourney. A marble staircase is embellished with two original stained glass panels facing the landing leading to the upstairs living quarters. 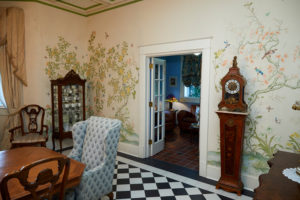 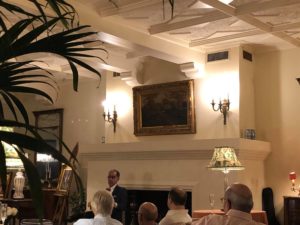 Nelson Gonzalez, BHHS EWM Realty, the agent representing the owners, hosted 93 Palm Island. This property infamously known as the “Al Capone Estate” was built in 1922. The two-story stucco house is topped with white terra-cotta roof tiles (which were probably originally red). A covered loggia on both sides of the living room embraces the house. A black-and-gold Art Deco powder room is the piece de resistance. Capone bought the house in 1928 from the Busch family. First he built a gatehouse and coral rock grotto then immediately began construction of the pool and cabana with a floor to ceiling mosaic bathroom. The pool, an impressive structure in its own right, measures 30-by-60-feet, was originally built to best the Miami Biltmore Hotel’s record for largest pool in the area. The estate has its own mini private beach. 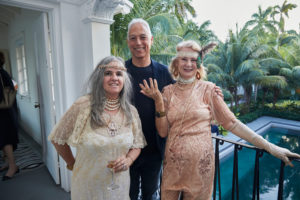 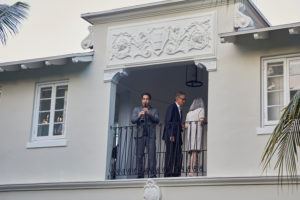 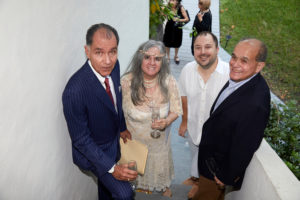 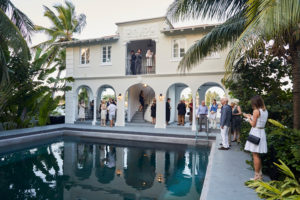 As Al Capone once said, “When I sell liquor, it’s called bootlegging; when my patrons serve it on Lake Shore Drive, it is called hospitality.”

And there was plenty of hospitality on Palm Island. Live jazz music by saxophonist Jorge Gomez greeted guests as they entered 142 Palm. Many dressed in “Roaring ‘20s” period-style. Champagne flowed like water as if Prohibition never existed. And delicacies such as clams casino, mini risotto, grilled tenderloin, and fig phyllo bundles were served with elegant abundance. An offer no one could refuse. 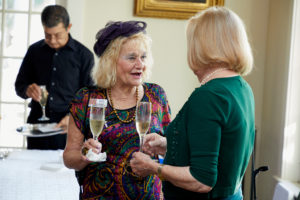 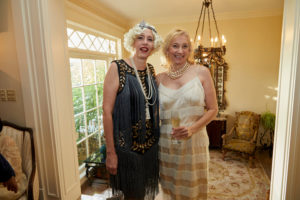 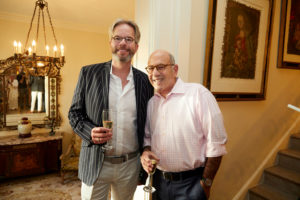 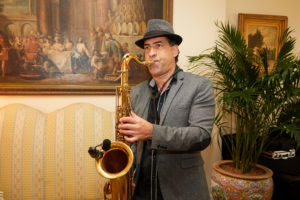 The man who knows everything about Miami: Private Tour & Talk with Dr. Paul George

One of several highlights of the day was welcoming Dr. Paul George, premier historian and the man who knows everything about Miami, as the featured speaker. The party continued with a walk to the “Capone Estate” with Dr. George. Guests toured the estate with full access to the historic grounds including spending time in the fully restored cabana. On the return to 142 Palm, Dr. George addressed a most attentive audience in the home’s antique-filled grand salon. His story-telling connected the affluent, reckless 1920s—specifically the time period during the Prohibition era which ranged from 1920 to 1924. George observed, “The flouting of Prohibition along with the city’s proximity to the Bahamas and Cuba made it a prime entry point for illicit alcohol, bringing organized crime figures, like Al Capone, to its shores to oversee their operations there.” Dr. George, who was a longtime professor at Miami Dade College and currently offers tours through HistoryMiami, was the 2019 recipient of the Education Award from the Coral Gables Community Foundation. 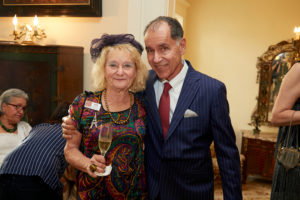 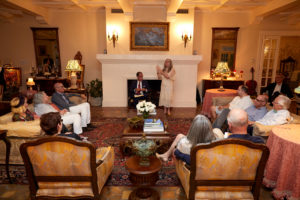 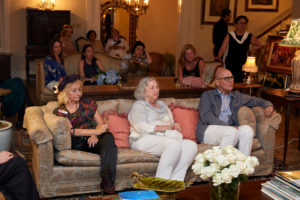 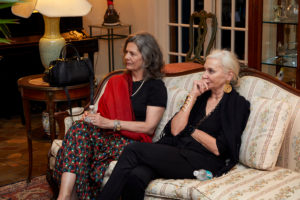 A finale to a time when it seemed anything was possible, the evening topped off with a breathtaking sunset over Biscayne Bay and scrumptious “pleasures” that included Capone’s favorite dessert—key lime pie. 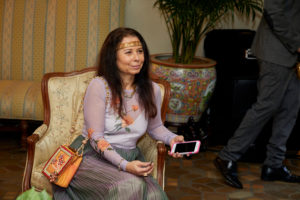 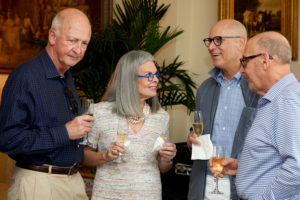 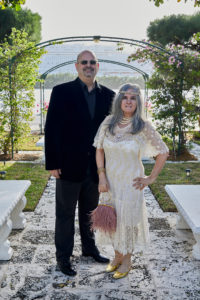 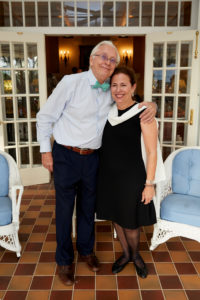 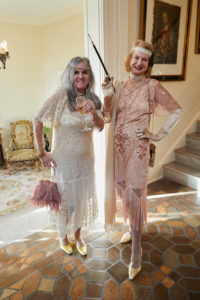 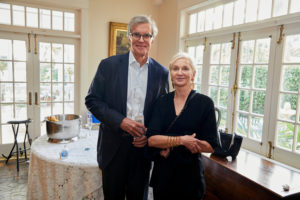 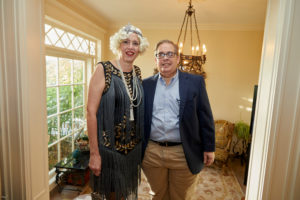 ###
Historic Preservation Association of Coral Gables (HPACG) is a 501c3 nonprofit whose mission is to promote the understanding and importance of historic resources and their preservation. For additional information or to become a member, please visit www.historiccoralgables.org